Posted by: practice November 26, 2009 in writing Leave a comment 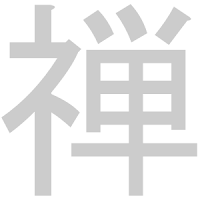 Apparently, among the many Buddhist bloggers out in cyberspace, there are those who get a little caught up in the game, attacking writers who they feel “misrepresent” the dharma, challenging those who cross them, and, in general, exhibiting behavior startlingly inappropriate for those who supposedly are pursuing enlightenment.

I guess it shouldn’t come as a surprise that this is occurring. In Haederle’s article, he quotes psychology professor John Suler, who refers to the “online disinhibition effect,” saying, “People experience their computers and online environments as an extension of their selves – even as an extension of their minds – therefore feel free to project their inner dialogues, transferences, and conflicts into their exchanges with others in cyberspace.”

When chat rooms were first becoming popular, I spent some time checking them out, popping into various spaces to meet online friends. I lucked out, and hooked up with a couple of “real” people, who I had ongoing conversations with over a period of several months. But I quickly learned that the general fare in chat rooms was superficial at best, and juvenile and malicious at worst. I tired of the open room exchanges, and limited myself to one-on-one cyber relationships.

As a journalist, I was equally interested when newspapers began creating online formats, with room for readers to weigh in on the latest news stories. But I was appalled at what I found in the comments section. It seemed to be a forum specifically for the venting of bigoted, hateful, insensitive rants, which soon escalated into back-and-forth name calling. I still read news online – but I don’t go near the comments. I have no desire to invite that kind of behavior into my home.

So far, my own blogging experience has been free of the posturing and bullying that Haederle talks about, but that’s probably because I have only a handful of readers, most of whom have some actual connection to me through sangha or other friendships.

I suppose the day that I get my first nasty comment will be a coup of sorts, a sign that my readership has grown to the point that I am garnering more attention.

But I can’t say I’m looking forward to it.

Share this Story
Previous: Starting Out Perfect
Next: A Bolt of Gratitude